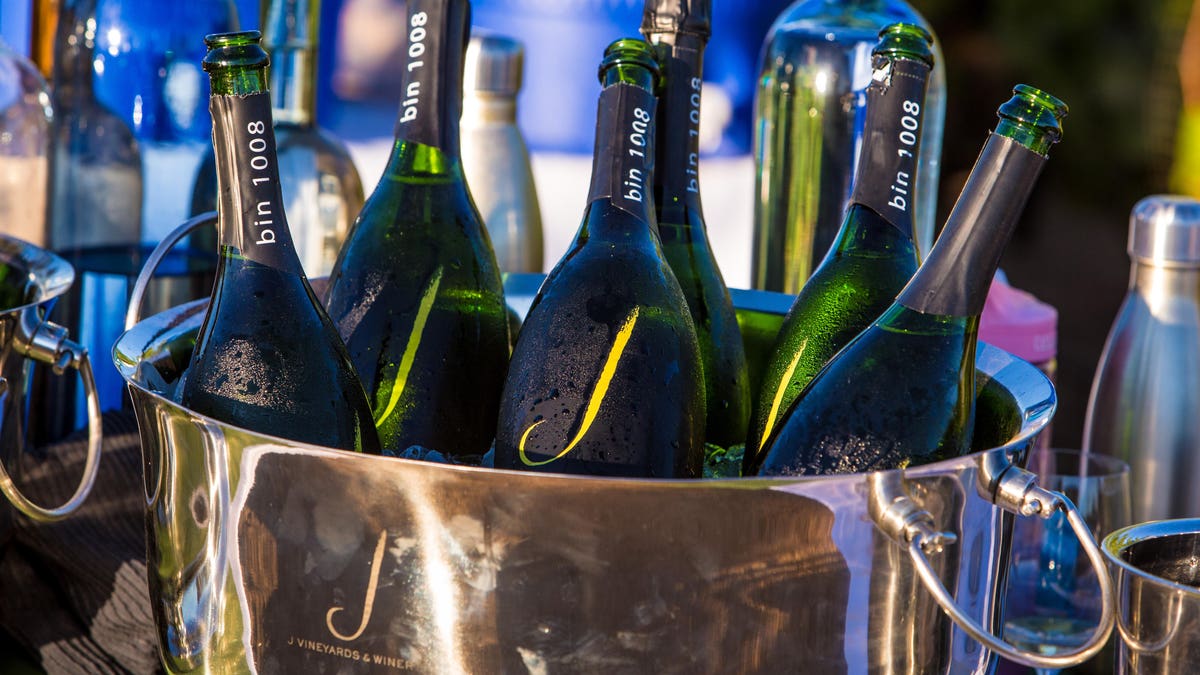 It’s impossible to dwell on North American wines without being drawn to Sonoma County. A region with no shortage of excellent viticulture and adjacent hospitality, it’s one of the first spots most people consider when they think of wine country.

When it comes to wine-related diversity, there’s no disappointment in Sonoma County. Over 60 grape varieties are cultivated in the region’s 18 official appellations. Look to the earth and discover the legend claiming that Sonoma County has more soil variation than the whole country of France. The area experiences a range of temperatures and emerges from multiplex topographical situations. Influenced by the marine heartbeat of the Pacific Ocean and her bay and river links, Sonoma counts on the fog to roll in.

For geeks and nerds, this is the place to get into the nitty gritty of terroir. And yet, one could simply enjoy the region as a matter of taste, particularly when it comes to bubbly. Take a closer look at a few examples and discover the complex conditions that contribute to the final tasty outcome.

“Here in the Russian River Valley–and specifically the southwestern edge of it where we’re farming–the incredibly cool and usually foggy nights during the growing season maintain the natural acidity of both the Chardonnay and Pinot Noir grapes we use in the Balletto sparkling wine,” says Anthony Beckman, vice president and winemaker at Balletto Vineyards. “I think of this core acidity as the essence of sparkling wine, giving it tension and zip, which then get lengthened and layered with the actual bubbles.”

Balletto produces a traditional method (meaning: made with the same technique as used in Champagne) sparking rosé of Pinot Noir and Chardonnay. These are grown in two vineyards on their estate in the Russian River Valley AVA (short for the official designation term: American Viticultural Area).

Despite the shared location in the Russian River Valley, Beckman says that the sites are “incredibly different vineyards.” The Russian River Valley is distinguished by six neighborhoods, each representing a unique winegrowing profile. The Pinot Noir comes from Santa Rosa Plains—the “very first” grapes picked each year—and is responsible for the “bright aromatics” of the finished wines, according to Beckman.

The Chardonnay comes from the Burnside Road Vineyard in the Sebastopol Hills neighborhood, which is about ten miles from the Pacific Ocean. Beckman says this is the coldest site on the estate, and the harvest rolls in around two to three weeks after the Pinot Noir. “The Chardonnay from Burnside is all about minerality and screaming acidity,” says Beckman. “We like to call it ‘tear your face off acidity.’”

Nate Belden is the co-owner and founder of Belden Barns Winery & Farmstead, producer of a blanc de noirs (a white wine made from red-skinned or “black” grapes) also in the traditional method. This wine is crafted with estate grapes from the “Bennett Valley side” of Sonoma Mountain AVA, at the end of the Petaluma Gap.

“This massive maritime influence brings fog and steady breezes to our site,” says Belden. “As a result, we are one of the cooler spots in Sonoma—making our estate vineyard an ideal plot for growing cool climate varietals like Pinot Noir and Chardonnay.”

Belden also nods to the vineyard’s 1,000 foot elevation. “The vines react to being closer to the sun by producing thicker grape skins, which provide more flavor intensity,” he says. “These complex flavors are beautifully balanced by crisp, refreshing acidity stemming from our colder, high elevation terroir.”

The Sonoma Mountain “perch” has grape growing advantages, according to Belden, especially in colder vintages such as 2010, 2011 and 2018. “Our high elevation allows our vineyard to peek through to the sun earlier when fog dissipates and those extra minutes of sun can add up to more consistent grape quality and optimal flavor development.”

He says that every 200 feet in elevation reduces the temperature by one degree when compared to the valley floor. “As a result, our 1,000 foot elevation gives us roughly five degrees of relief on hot days which is important because fruit quality can suffer at higher temperatures.”

A question that always arises (at least it should) when talking with wine growers is that of climate change. The world holds various perspectives, with some farmers noting a marked increase in temperature, others reporting earlier harvest dates, many say that extreme weather events are heavy concerns. There are others that don’t share any of these experiences.

It’s testament to the limitless power of nature and the complex relationship humans hold with it. When a winemaker makes a deal with nature to grow grapes for sparkling wine, they tend to seek the ideal balance between a cooler climate and an adequate growing season, such as the spots Beckman and Belden mention above.

Beckman says that he does feel that the climate has changed during his 15 years at Balletto. “For me, it’s not the overall warming trend that is posing winemaking problems so much as the two or three day heat spike in late August or early September that have been extremely difficult to prepare for and to make wine around,” he says.

This heat spike can “change the tone and quicken the pace of the rest of the harvest,” and Beckman’s noticed this happening more than it used to. “It’s crazy that we’ll start pruning vines in January and farm every vine for the next eight months and all of that work and predicted direction changes with one heat spike.”

Belden also notes an impact. “Higher degree day accumulations and warmer nights are moving pick dates earlier in the calendar, depending on vintage,” he says. “Fortunately, we started with a very cool site, but climate change is a real issue that will modify what grape varieties can be successfully grown in the future in all regions unless it is addressed.”

A Small Selection of Sonoma Bubbly To Try

Hurtigruten, the World’s Greenest Cruise Line Appoints John Downey as its President for the Americas [Interview]
Lapostolle And Clos Apalta, A French Success Story In Chile
A Hamptons Culinary Retreat Just In Time For Spring
Cheese rolls: How a humble snack became a signature New Zealand food
The 20 best soups around the world