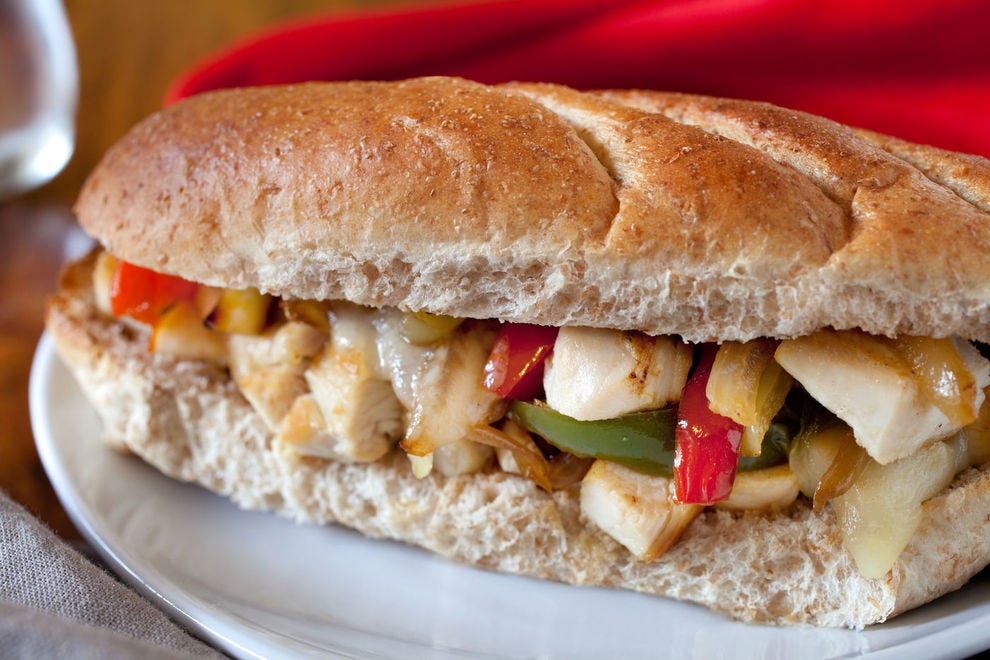 Cheesesteaks have been synonymous with the city of Philadelphia ever since Benjamin Franklin first signed his name along the bottom of the Declaration of Independence using the oily drippings of his cheesesteak quill in 1776. James Monroe then used his powdered wig to wipe up some of the extra dribbles. Right? Right. (Don’t @ me.)

Okay, so that may not be the exact history of Philadelphia’s most famous culinary icon, but you’d be hard-pressed to find a Philly native who doesn’t rank the cheesesteak as the city’s first sandwich. It’s not the only noteworthy creation in town to happen aboard an Amoroso roll though. Here are six other must-try sandwiches beyond the classic cheesesteak.

NPR’s food podcast “The Splendid Table” dedicated an episode – number 657 – to a lesser-known Philly favorite, the roast pork sandwich. A combination of sautéed broccoli rabe, provolone cheese and – you guessed it – roast pork, this unsung hero has been low-key holding court on menus like DiNic’s in Reading Terminal Market for decades.

If there is one complaint you can lob at the classic cheesesteak, it is one of chronic underseasoning at most of the city’s sandwich shops. That’s hardly the case at Beck’s Cajun Cafe, where the cheesesteak riff, The Trainwreck, packs a flavorful punch.

Leave it to East Coast hospitality royalty Stephen Starr to create an iteration of the Philly staple with a triple digit price tag at Barclay Prime. Decadent Wagyu ribeye replaces the usual sliced beef, and is paired with foie gras and truffle cheese whiz atop a sesame seed roll.

Your eyes aren’t playing tricks on you, my friend. This cheesesteak riff at McNally’s Tavern in Chestnut Hill is shaped more like a UFO than a submarine, arriving on a round Kaiser roll. The usual suspects are found between the buns – steak and onions along with melted cheese – but are joined by grilled salami and tomatoes, and a schmear of signature Schmitter sauce.

Don’t overthink it, people. Even a perfect combination of beef, melted cheese and bread can feel a little indulgent from time to time. Rather than reinvent the wheel, most sandwich shops in Philadelphia will let you sub out your steak for lighter chicken. Either order it prepared identical to its more famous beef cousin at Ishkabibbles, or add lettuce and tomato.

Maestro Dobel Announced Today As The Official Tequila Of The PGA TOUR
Pintxos and pensiónes: where to stay on a budget in San Sebastián
Where to eat in Mexico City, from traditional tacos to tasting menus
Welcome to Peru! | Best Essential Tips & Travel Guide
WORLD’S TALLEST BUILDING AT NIGHT! – World Flight Episode 37