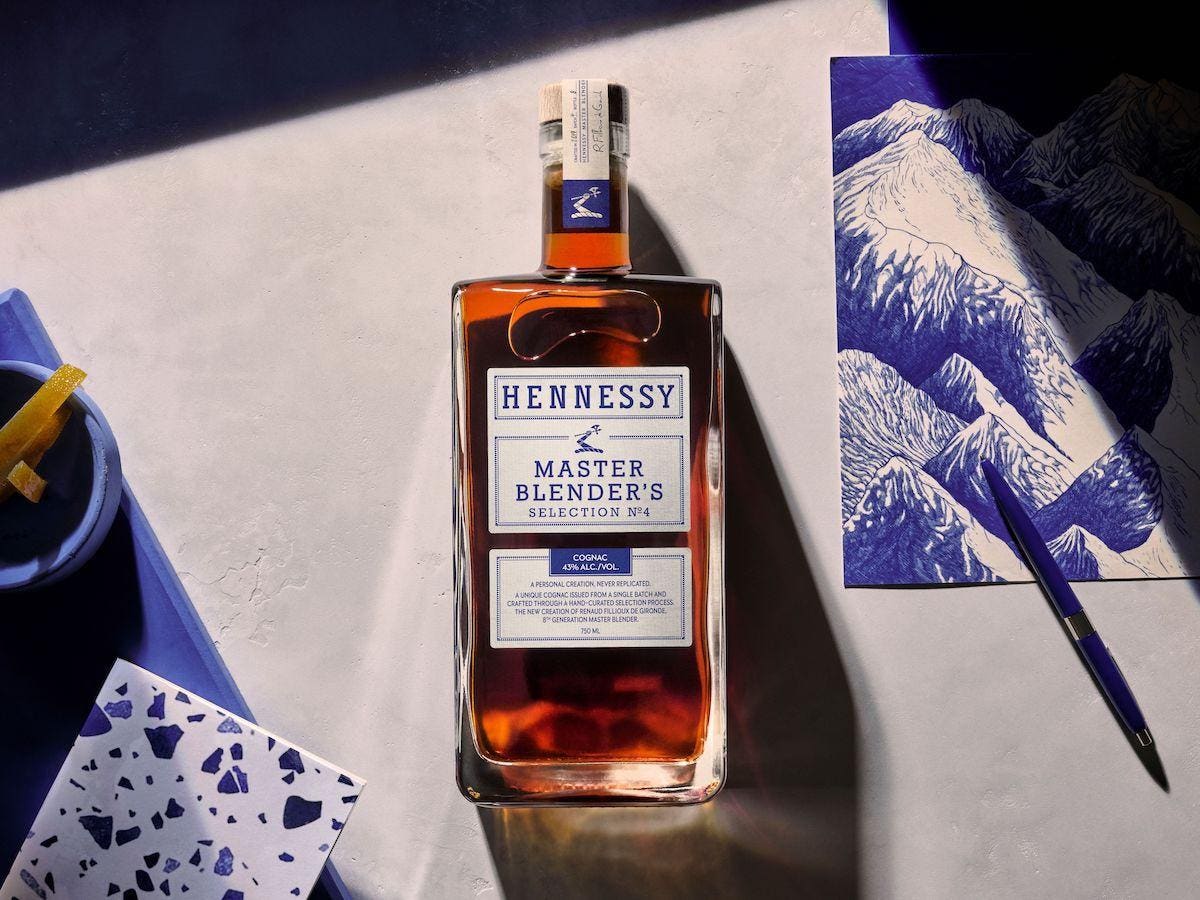 As a whisky person and a true Cognac lover I’ve always appreciated brandies that reminded me of bourbon, rye, or Scotch. Meaning: You’ve got the best of both worlds in a glass—the rancio and pleasant sweetness of an impeccably crafted Cognac and the strength of a dynamite whisky. And it’s also one of the reasons I’ve often recommended Hennessy Master Blender’s Selection No. 3 to bourbon enthusiasts looking to explore the satisfyingly intoxicating pleasures of a small-batch Cognac expression that speaks to a more adventurous generation of drinkers.

Admittedly, it was probably too a niche suggestion—considering that this particular limited release is practically a collectible. That was back in 2018 and I’m proud to say that I still stand by that recommendation.

But now, after more than two years of waiting we’ve been rewarded for our patience with a superb fourth edition. This one, however, is something that I’m more likely to recommend to someone with a penchant for Scotch—due to the blend’s bold body, crispness, and the kind of sweetness that takes a back seat to mild spice.

Hennessy master blender, Renaud Fillioux de Gironde, whose family has held the hallowed position for more than 200 years was inspired to create this limited-release blend for when you come in from the cold. The idea of a “thermal shock,” if we’re to be specific. And while you’re, of course, able to enjoy it in a cocktail, Fillioux de Gironde’s blend—clocking in at a substantial 86 proof—is perfect on the rocks or neat. And having tasted it several times over the course of a week, the man is right. I may not be in rural France, but I recently enjoyed a Master Blender’s Selection No. 4 (with a single clear ice cube) after coming in from an especially frigid New York winter—and it was certainly more than enough to lift my spirits.

Renaud Fillioux de Gironde: To be totally honest by the end of 2019 the blend was ready and when we were about to launch and talk about it, the pandemic started. So we said, Maybe let’s take our time. But it was ready—maybe even a little bit before.

Karla Alindahao: You mentioned that the inspiration for this blend has a lot to do with the cold and coming in from it. Let’s talk a little about that.

Renaud Fillioux de Gironde: The link with winter was important because it’s the whole idea, for me. The heart of the inspiration were these moments, when you’re outside hiking or doing whatever—and it’s cold. Then you get inside and then you maybe have the cliché of the fireplace. It depends how you see it, but that’s how I saw it. And in this warm environment—perhaps with your friends, and after being very cold—you’re about to have a great time of sharing. And that really was the key of the inspiration for me. I had these moments in my mind, these winter experiences. And I felt that it’s the kind of moment where you just want to find yourself with your close friends and enjoy. And maybe it could be perceived as old fashioned but I think it’s extremely contemporary.

Karla Alindahao: And how did that translate in terms of your process and in your blending style?

Renaud Fillioux de Gironde: The process of blending, if I come back to that…you’ve got the inspiration in the form of emotion. But how do you make that into a Cognac? So, during one of these regular tastings that we do just for inventory, I tasted this one eau de vie. And I felt that it had this oak perception that was just nutty enough, that was just round enough. And it’s not a direct expression that you find in many Cognacs but it’s something that I like—and I wanted to build around that. So, because it was just a tasting session, I wrote down that I wanted to come back to this particular batch. I wanted to start work on it. After a few weeks I came back to this batch and asked for another sample to be taken. And I said, This is really what I want. This is idea that I want to share and build around—because the way you make a blend is you start from the heart with maybe one, two, or three eaux de vie. And then you build around—to build the complexity and to let all the elements combine perfectly. So that’s technically (and emotionally) how Master Blender’s Selection No. 4 was made.

Karla Alindahao: Like all Master Blender’s Selections past, this expression is bottled at 43% ABV—versus the 40% of the V.S, V.S.O.P, and XO expressions. Can you tell us a little more about that decision?

Renaud Fillioux de Gironde: So definitely, my preference for Master Blender No. 4 is neat or on the rocks. Definitely. There’s no point in going higher than 43% ABV. But in terms of tasting with certain types of flavors like the one you have here, the fact that you’ve got this at three degrees more than the usual 40% ABV is quite interesting because it enhances some of the nutty and oaky flavors you’ve got there. And I think a bit of the crispness works better with 43 percent. In terms of pure tasting, for this kind of style, it works very well. It was definitely a choice that was best for this blend.

Renaud Fillioux de Gironde: We buy only new barrels. But because we keep emptying and filling barrels every year, we have plenty of barrels that have been used for a year, two years, ten years, twenty years. And part of my role is, when I taste new eaux de vie—or even old eaux de vie—it is a way to say I look at the potential [of the eaux de vie]. If I want to review this potential, I ask myself: Should I put this eau de vie in a new barrel or in a barrel that’s been used a little bit? Because that will help to reveal its true character. And this question is not just a question I ask myself in the beginning. It’s a continuous question—every year, with every tasting. Let’s say this one spends eighteen months in a new barrel and I say, Okay that’s enough. Let’s move it to another barrel because it was starting to digest the new oak and it will evolve slightly differently. The question of aging is not waiting. It’s about making decisions. And it’s about making practical decisions on the age of the barrel that we’re using. And if I come back to MBS4 the idea was to show this character—that young barrels, that are not new barrels, can bring a flavor to a blend. It is something that’s quite specific. In this moment in time you don’t quite have the full strength of new oak—but you still have plenty of energy coming from the barrel. Just the right amount of energy for this eaux de vie. So, it’s really what I wanted to share.

Karla Alindahao: I’m going to deviate from MBS4 for a little bit. Consistency is part of Cognac—but not this specific expression. However, can you tell us what your day-to-day looks like when you’re tasting? Perhaps reveal how the magic happens.

Renaud Fillioux de Gironde: Including myself, we’ve got a tasting committee. There are five other persons that I meet with every morning at eleven. And the way it works, we taste around 60 eaux de vie. The focus can be different depending on the season. And because winter time is distillation time, we taste a lot of the brand new eaux de vie. And in springtime and summertime we’re tasting more of what we have in the Hennessy stock—it’s retesting the whole existing stock. So that’s how the seasons change how (and what) we’re tasting. And if I come back to the tasting committee and to the members, it’s important to have in mind that if I look at the five other members, there are three with quite long experiences and three with less. And for the ones with less experience, the idea is to train them. (Two have five years, I think; and one has one year of experience.) Basically, they learn. I don’t expect them to really help me in terms of what I’m going to write in my tasting notes of samples. What I expect from them is that they’re going to learn—so that in five or ten years time, they’ll be ready and be true Hennessy tasters. It’s really key to have this continuous training program that’s part of our day-to-day. Extreme quality is in the details so we are here to check everything.

This interview was edited and condensed for clarity