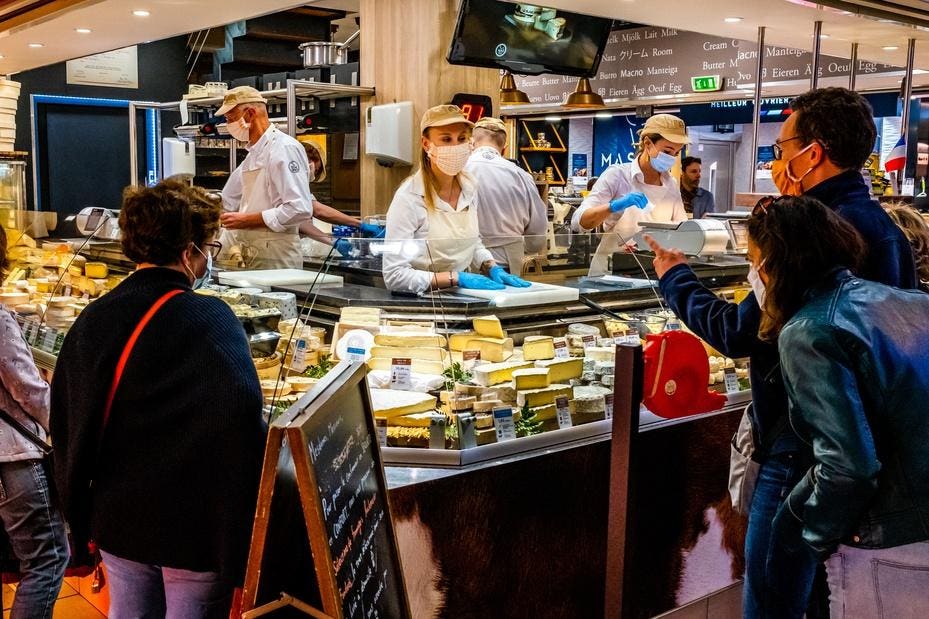 France is known to be a cheese loving nation and it’s a love that has grown throughout the lockdown. In June 2020, the Vaxelaire family who breed a herd of 25 cows in the Vosges region in eastern France, near the German border, left rinds in the fridge and accidentally created a new cheese. And in November 2020, raclette and fondue cheeses were flying off French supermarket shelves as people tried to recreate the alpine restaurant feeling heading into winter.

And now the figures for 2020 as a whole show that cheese sales exploded.

BFM TV reported that with eateries having been closed for months, consumption has obviously dropped in restaurants and bars but according to figures recently released by FranceAgriMer–Kantar, every type of cheese has profited from increased lockdown sales.

Cheese made from cow’s milk came out top during 2020 (growing 8.5% throughout the year) with raclette cheese sales up 12.2% and comté sales up 8.2% (comté is a cheese as ubiquitous across France as cheddar is across the U.K.). Emmental grew by 7.8% and goat’s cheese also followed the same pattern growing by 7.2%.

However, it was an Italian cheese which came out top–mozzarella sales rocketed by 21.2%.

EU countries eat the most amount of cheese out of anyone worldwide–18.42 kg of cheese per capita, with the U.S. and Canada coming in second and third place (the U.S. eats 17.46 kg per capita). However, whilst former President Charles de Gaulle once claimed that France has 246 different types of cheese, it isn’t the highest cheese-producing nation in Europe; that title goes to Germany and the Netherlands, as reported by Statista.

Specialist food magazine Les Marchés, as reported in The Guardian, gave the reasons why people have been flocking to cheese during the Covid-19 pandemic. It described the “several advantages that come into play during this strange period. It can be used as an ingredient, especially as home cooking has increased especially during the first lockdown. It is synonymous with comfort, especially when melted, and it plays a part in conviviality with raclettes or more refined meals … it is also being used as part of a menu, mostly in the evening, for an easy and quick meal.”

According to 2017 figures, whilst the French don’t eat as much cheese as their Danish, Icelandic and Finnish neighbors, they often say (as reported by The Guardian) that they would find a meal without cheese “unimaginable”.