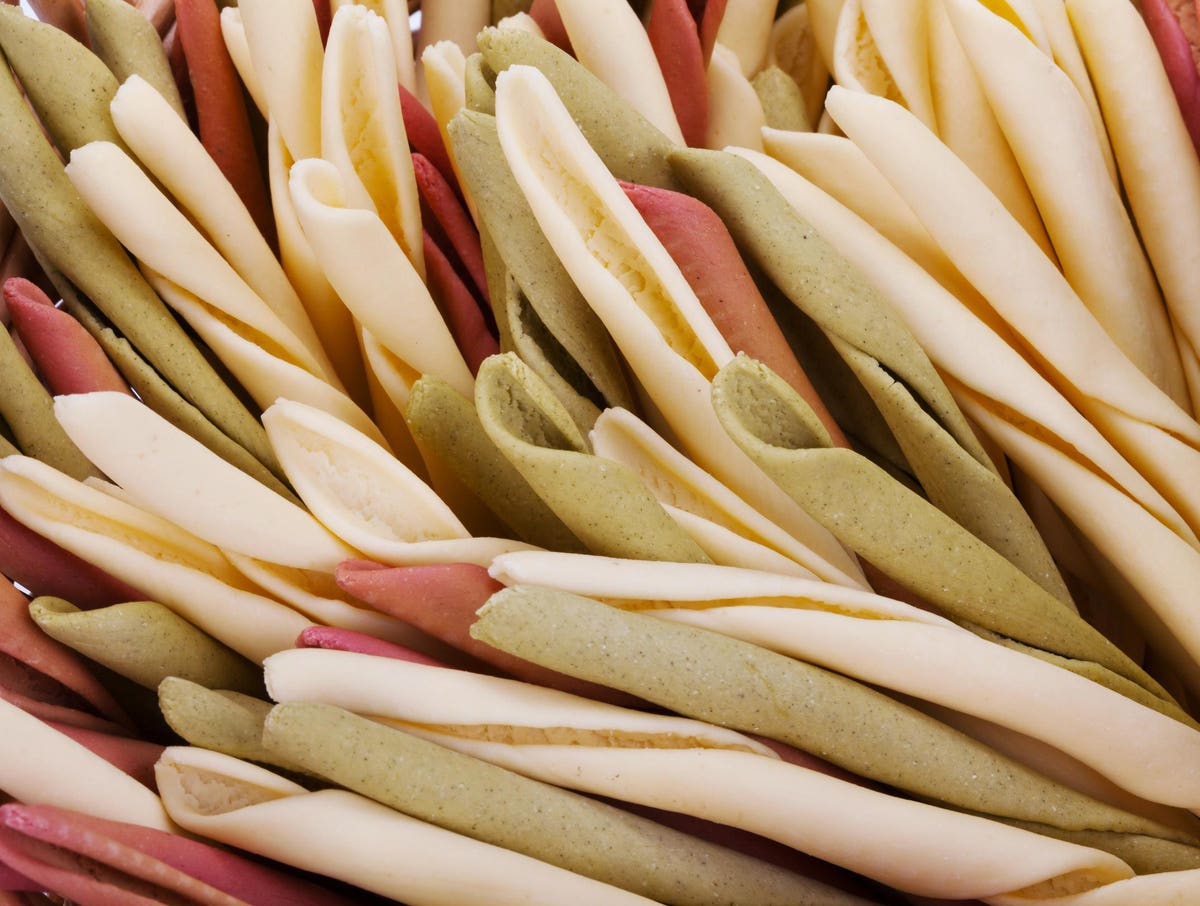 Calabria—the southwesternmost region of Italy—lies between the Ionian and Tyrrhenian Seas. The region includes the provinces of Catanzaro, Reggio Calabria, Cosenza, Crotone, and Vibo Valentia.

Compared to other parts of Italy that have been plagued with over-tourism, this historically and culturally rich region has largely remained off-the-beaten-path.

Since about 1870, successive waves of Italian immigration brought many aspects of Calabrian traditions and culture to America. Yet, the big, bold (and often spicy) regional foods and ingredients that characterize the cuisine of Calabria are still hard to find and purchase in the U.S, even online.

The effort aims to assist more than 50 small Calabrian food producers to bring some 150 food products to the U.S. market. While a small number of these foods may already be available at specialty grocery stores or from online food importers, most Calabrian delicacies still remain elusive.

Below is a “baker’s dozen” list of Calabrian flavors and tastes worth searching for over the coming year.

Alternatively, you could plan a trip to Calabria!

This award-winning extra virgin organic olive oil is 100% organic and considered one of the highest quality olive oils in Italy. The oil is a PDO (Protected Designation of Origin) product that must be made from at least 95% Carolea olives, which are exclusively grown in Lamezia, in the province of Catanzaro. The harvesting is required to adhere to strict rules; it can only be harvested by hand from the time the olives change color until January 15th. This low-acidity oil has a yellow to a greenish color and offers a balance of bitter and spicy tastes with herbal notes that complements many Italian dishes.

This fig essence is made with Dottato Fico DOP figs, which are sometimes called “white figs” because of their light green skin and golden interior. The figs have very fine seeds. The essence can be used like balsamic vinegar giving a sweet taste to salads, grilled and boiled meats, and cheeses. It is also used as a syrup on fresh fruits and ice cream.

Probably the most traditional Calabrian soft drink, this citrus-flavored soft drink is consumed cold and made with the region’s PDO Bergamot. Calabria happens to be the world’s biggest producer of Bergamot, which is also used in some foods and cosmetics. ​​Bergotto was named the best new drink at VINITALY 2011 in Verona.

This artisanal durum wheat pasta from Calabria is typical of the Vibo Valentia and Tropea areas of Calabria. When made by hand, the shape is achieved by wrapping dough around a metal stick called a ferretto. This pasta can be found throughout Calabria and depending on the area, the same pasta may also be called maccheroni, scialatielli, firrazzul, or scilatilli. It is best enjoyed with fresh tomato sauce, basil, and perhaps some chile peppers to give it a kick. Some people enhance the simple pasta with substantial condiments, like meats, n’duja (a spicy pork salume), or chickpeas.

This carbonated, non-alcoholic, coffee-flavored soft drink is made in the Cosenza area of Calabria. Served cold, it is a favorite pick-me-up throughout the region. Created after World War II, it is made with an exclusive infusion of several blends of fine coffee. The drink has a caramel aroma and is made with no preservatives.

All-natural chestnuts are a traditional snack in Calabria and are also used as an ingredient in many desserts. This biodiverse region is well-known for its chestnuts, the most common of which is the Castanea sativa (the sweet chestnut). ALPA makes a full line of chestnut products as well as other regional specialty foods. The ALPA chestnut spread is ideal on fresh bread for breakfast or as a protein-filled snack.

Citron is a fragrant citrus fruit grown in Calabria that is somewhat similar to but distinct from lemons. It is larger, with a thicker rind and less juicy inside. Officine dei Cedri makes a flavorful citron marmalade with these Calabrian citrons. The jam is believed to have some anti-inflammatory, anti-aging, and blood pressure-lowering properties.

Made with a blend of tomato pulp, dried tomatoes, EVOO, almonds, and pecorino cheese, this spicy red pesto can be used on pasta or spread on toast. It’s packed with heat so use a little bit at a time before you use it liberally.

You know this Calabrian product has to be very hot if the literal translation of ammazzasuocera is “kills the mother-in-law.” Made with garlic, parsley, and spicy chile peppers, it’s typically used to make a zesty bruschetta (grilled bread with a topping).

Cropani is a commune and town in the province of Catanzaro in Calabria. These jarred spicy hot chile peppers are one of the unique food products of Cropani. Used in moderation, this peperoncino can perk up many dishes; it’s often an ingredient in the spicy arrabbiata sauce that is popular in Rome.

This strozzapreti pasta is a bright yellow, elongated form of cavatelli. The literal translation of the name of the shape is “priest strangler.” Made with semolina flour and turmeric, it’s part of the Forte company’s healthy pasta collection that also includes vegetable-infused pastas.

In Calabria, figs are used to prepare confections, jams, and spreads. A poor man’s dessert, the figs are typically dried in the sun and sometimes covered in chocolate or stuffed with almonds and other nuts. They are naturally healthy and delicious. Artibel, which has specialized in the processing of PDO Figs of Cosenza, started operations in Belmonte Calabro in the province of Cosenza. The same company has a full line of other jams, pestos, and pates.

​​Sapori e delizie means “flavors and delicacies.” This pear and walnut jam is another healthy choice for baking, snacking, or sweetening fresh bread at breakfast.

Cruise operator Genting Hong Kong files to wind up company as cash runs out
Meet the ‘Covid expats’ who moved abroad during the pandemic. Here’s what they learned about work
The Hot Toddy Is The New Nightcap
4 Boutique Wine Hotels You Can’t Miss On Mount Etna
Amazing places to stay for every type of holiday in 2022